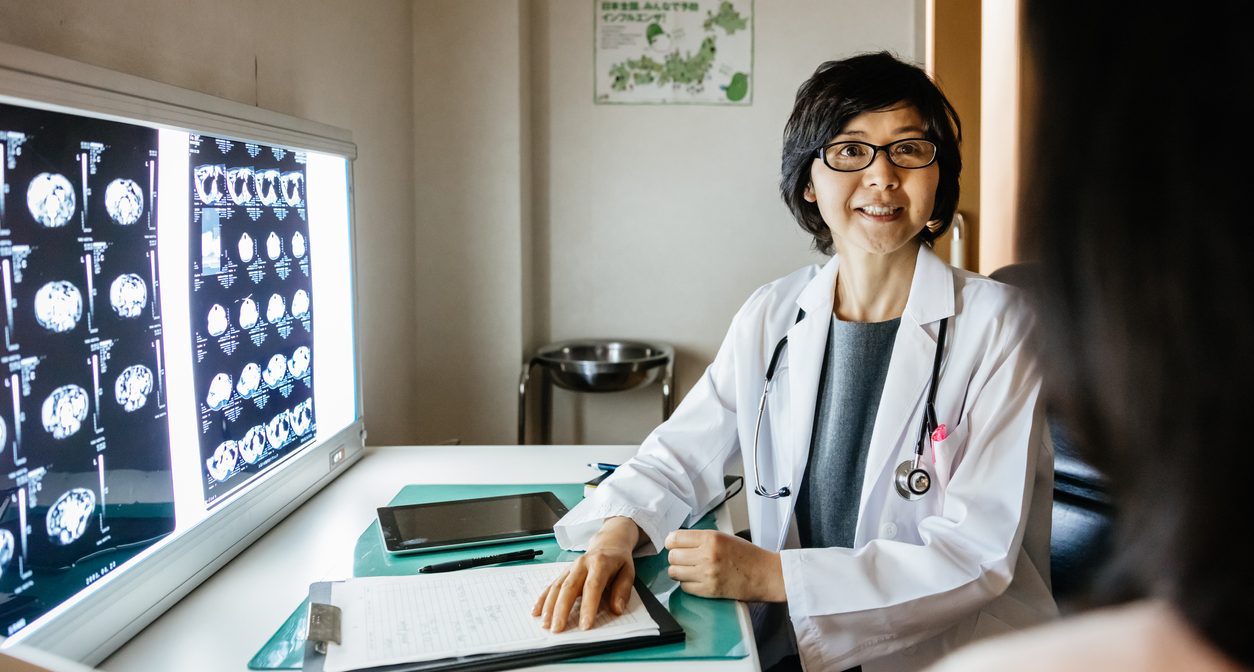 Getting your annual health check in Japan doesn't have to be so scary. Here's what to expect.
September 18, 2020 by Matthew Coslett
Before the test
The tests
Concerns about health check radiation
Women’s health

The first time that you have a health-check in Japan, it can be quite intimidating, especially as a lot of the tests are unfamiliar to western people. If you’re a full-time employee, your company will fully cover the annual check, but that doesn’t make it any less scary.

While the tests may seem intrusive, you shouldn’t be overly concerned as the benefits outweigh the risks. With that said, it is best to go into the test with as much information as possible so that you can decide what tests you do and don’t want to take part in. Here’s a rundown of what to expect.

Before the test begins, there is some preparation needed. First of all, you will be expected to not eat the night before. Typically, midnight is the cut-off point, so this shouldn’t affect most of us too much—just make sure to skip breakfast and not go on a midnight raid of the fridge!

Depending on your employer, you may need to prepare an at-home urine and/or feces sample. If you are given a strangely shaped paper tray with your urine bottle, this is to urinate into first and then pour into the test tube. In addition to the urine sample, you will likely be given one or two vials for a fecal sample.

Many [western] doctors question whether such tests are the most practical for foreign workers in Japan.

If you receive two, you should prepare the samples a couple of days apart and write the dates that they were done on the vials. Both of these tests are used to screen for common illnesses that affect the substances that you excrete.

Generally you will be given two questionnaires to fill out before the visit. The one that you complete at home has lots of questions about your general health and stress levels. The second is a lot more in depth and is completed at the health check venue itself. This one asks you about your medical history and whether you have any ongoing treatments.

Beginner and even intermediate Japanese speakers may want to ask whether their company has an English version, as even advanced Japanese learners may struggle with a few of the health-related kanji. The questions are usually concerning your general health and medical history.

Typically, the health check starts with the basic tests. The first one is usually measuring waist, height, and weight.

Next is usually a vision test. There are numerous types, but the most common is the Landolt C test, named after its creator Edmund Landolt. In this test, you are shown a ring that has a small gap in it, which makes it look like a C. The C-shape then rotates and you have to move a joystick in the direction that the gap is facing. For example, you would move the joystick up if you saw a U orientation.

The Landolt C test will give you a score such as 20:20 for vision. For those unfamiliar with this system, as a rule of thumb, 20:20 is normal vision, 20:10 indicates good eyesight, and 20:40 indicates less-than-perfect eyesight, which would probably make you fail the driver’s test without glasses.

In Japan, the standard pure tone audiometry test is used for most health checks. For this test, you will hear beeps of varying intensities in each ear and you have to press a button whenever you hear the beep.

Finally, you will have a heart monitor check-up that consists of readers that are attached to your chest to listen in to what is happening internally. This will likely be followed by a further test where a doctor will listen in on a stethoscope.

So far, the tests are ones that you should almost certainly take as their benefits far outweigh the minimal discomfort. However, from here on the tests get more involved, so it is worth noting that you are able to opt out of them if you choose to do so.

The first of these is the blood draw. The health professional will typically obtain three vials of your blood. They are used to test for lipids and glucose levels, amongst other things. This is mostly to check for things like anemia and diabetes.

After that, there are a series of X-rays, the first of which is the chest X-ray. It may seem pointless after you’ve already had a heart monitor and stethoscope check, however, the X-ray is designed to visually spot abnormalities in the airways or heart muscle whereas the other two tests check for unusual heart rhythms and valve problems, respectively.

This is often followed by the infamous barium test. Here you will swallow barium to check your upper gastrointestinal tract. You will then hold onto a pair of handles while the X-ray machine moves up and down making the barium move through your body.

Naturally, the barium swallow is also best avoided if you are pregnant or breastfeeding.

This is used to get detailed images of the esophagus, stomach, and small intestines to check for things like ulcers, esophageal cancer, and gastroesophageal reflux disease (GERD).

As well as the unpleasantness itself, some people may have concerns about the amount of radiation used during the test. Thankfully, the chest X-ray isn’t all that bad these days. The type used in health checks is a moderately low dose that isn’t massively different from the dose that you would get just from living in a city.

The barium swallow on the other hand is a much stronger dose and tests with hospital patients show an excess cancer incidence risk of 11 per one million exposed patients for people in their 20s, a negligible, but still slightly concerning statistic. Also for unknown reasons, the barium swallow has a higher cancer risk in women than in men. Naturally, the barium swallow is also best avoided if you are pregnant or breastfeeding.

Many doctors, such as The British Chamber of Commerce’s Dr. Lomax, question whether such tests are the most practical for foreign workers in Japan. The barium test is performed because of the traditional Japanese diet that has been linked with some of the highest rates of stomach cancer in the world. This is caused by the nitrates and salt that are used to preserve foods such as pickled vegetables, soybean products, and some dairy products.

However, most foreign residents don’t eat a strictly Japanese diet, and this is where things get tricky. As Dr. Lomax himself notes, colon cancer is much more common than stomach cancer in people eating a western diet due to the amount of meat; however, few health checks include this test in Japan.

Depending on your health insurance, female-specific tests may either be provided or available for a nominal fee. The most common exams for women are cervical cytology to screen for cervical cancer and a mammogram to screen for breast cancer. The mammogram involves some X-rays, so pregnant women may want to ask if there is an option to take an ultrasound instead, which many clinics provide.

One thing to remember is that Japan’s work laws are different to other countries, so you are strongly encouraged, but not required to take part in the health check or complete the check in full. There is no rule (other than peer pressure) that requires you to perform any particular test, and it is ultimately up to you to decide the right choices for your own health needs.